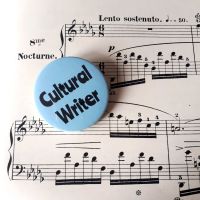 I am happy to say that I am an old romantic. I am a confirmed Lisztian, having spent the last 8 years researching and writing a book on the pianist. I am also currently streaming myself on weekday evenings learning Chopin nocturnes on my Twitch channel as part of #the100dayproject.

Surprisingly, my road to Romanticism didn’t start in my piano lessons. Nor did it involve any personal Damascene moments. Instead, it went the way by Proust’s Swann, the local library and a friend’s record collection. In this blog post I’ll map out my own personal path that led me to Liszt.

I don’t remember learning any Romantic music in my piano lessons as a child. Truth be told, it would nearly all have been too difficult for me, and I would have had little interest in doing the practice required for those that might have been within my technical reach. I spent the majority of my time in musical education being directed to learn pieces in the ABRSM exam books. 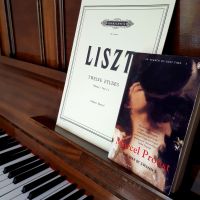 My first meaningful encounter with musical Romanticism came in 2005 when I began reading Marcel Proust’s À la recherche du temps perdu, translated into English as In Search of Lost Time. Descriptions of music are central to this multi-volume novel’s narrative, and I quickly became fascinated by the narrator’s account of the fictional composer Vinteuil’s sonata and septet. It wasn’t long before I was writing a book on these imaginary works, entitled In Search of Vinteuil. I sought to understand the music in Proust’s text in part by considering the situations in which it was played and the pieces played alongside it. In one crucial scene these included Liszt’s ‘St. François d’Assis. La prédication aux oiseaux’ and an unnamed Chopin Prelude.

I soon dashed off to Loughborough library to borrow recordings of these works and others named in the text. I especially remember a CD of Chopin’s music entitled Piano Favourites that ended with the first Ballade. Guided initially by Proust’s descriptions of Chopin’s phrases I was entranced by this music which, to my ear, said so much more, and said it so much more expressively, than any piano music I had been taught as a kid.

After exhausting the library’s holding I turned to a dear friend of mine who has an incredible collection of classical music recordings. He soon became my musical guide. Following my suggestions, he was kind enough to make me a compilation of pieces by Liszt as performed by Wilhelm Kempff for Decca in the 1950s. He began his selection with three of the virtuoso’s Swiss pieces – ‘Eglogue’, ‘Au Lac de Wallenstadt’ and ‘Au bord d’une source’. And that was that. With those three pieces I became a Lisztian. 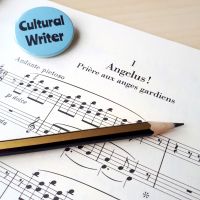 I wanted to give voice to these kinds of works myself. I began with a piece that I loved and which I had some chance of learning successfully – Chopin’s famous ‘Raindrop’ prelude, op. 28 no. 15. Borrowing the sheet music from the same friend I was delighted to find that I could learn it, just as I’ve been delighted to find on stream recently that I can learn the Nocturne op. 27. no. 2. (Watch me play the Raindrop prelude imperfectly here!) I learned my first piece by Liszt some time later: ‘Angelus! Prière aux anges gardiens’. You can read about my efforts to learn that here.

I am still on the path that led me from being a Proustian to being a Lisztian. I am excited to see where it will take me next.

In Proust’s novel, the piano playing of two of the characters is likened to that of Chopin, whose musical thinking becomes a key reference point in the text. Also, one character refers to Liszt’s ideas on art and music. Inspired by these fleeting mentions, I too became increasingly interested in the thinking and practice of both Liszt and Chopin and was now firmly on the road to 8 years of serious research.

You can discover more about my ongoing work as a Proustian here, and as a Lisztian here. You can also join me as I practice Chopin most weekday evenings on my Twitch channel (all my previous practice videos can be viewed here too).

Are you a musical Romantic? What was your pathway to Chopin and Liszt?