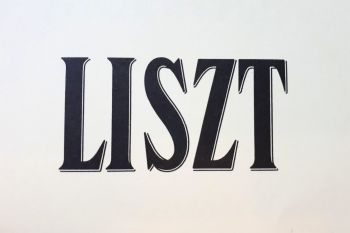 Liszt’s piano music is often incredibly difficult to play. It can also be difficult to listen to. It's ambitious, complex and often very intense. It can also be discordant, disconcerting and ugly. There are other problems too. Liszt was as prolific as he was virtuosic, so there’s the question of how to approach such a large body of work. Liszt was also a compulsive rewriter, meaning we might ask which version of a piece it is we should even be listening to.

Happily, these problems are not intractable. Just as Liszt composed challenging music so too did he write music of great simplicity. And whilst it's true that some pieces are not always melodically straightforward or pretty, others are sumptuously romantic with the most elegant and loving of melodies.

I offer some pointers below on how to begin listening to Liszt and then provide a list of 10 works that can act as signposts for any beginner starting out on their own journey or pèlerinage into his work.

The volume and variety of Liszt’s music.

Liszt oeuvre is huge – there are 716 enties in Alan Walker’s revised version of the Searle catalogue. And that’s without the doubtful or lost works, or those fragments that have been recently discovered by Leslie Howard! Liszt actively composed from his youth in the 1820s all the way through to his death at age 75 in 1886. 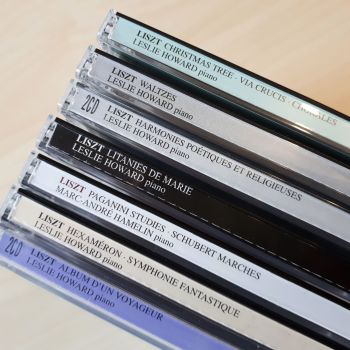 Liszt’s works are very varied as a result of all this. The pieces he produced in his 20s – when he was a virtuoso, darling of the Parisian salons and major celebrity – are unsurprisingly different to those of his final years. He wrote music in a large range of styles, from intimate piano pieces designed for the salon to cacophonous symphonic poems intended for the theatre, and from austere religious works to showstopping virtuosic operatic fantasies. Additionally, his very approach to music developed in radical ways across his life.

Put simply, there’s no one thing that is ‘Liszt’s music’. More, there’s often no one version of a work – Liszt rewrote and republished many of his pieces, including some of his most famous compositions.

These may seem like problems for anyone new to Liszt. I disagree. The variety of his works, and the differences between versions of the same work, are a great boon for the new listener. Not liking a particular piece doesn’t mean that you don’t like ‘Liszt’, and not liking one version of a composition doesn’t mean that you won’t like another. It’s perfectly possible to find the first version of ‘Vallée d’Obermann’, composed in the 1830s, unsatisfying but consider the revised version published in the 1850s to be a masterwork.

The ‘Difficulty’ of his Music.

Liszt was a serious-minded man with great literary and philosophical pretensions. He was also devoutly religious. These interests and ambitions are reflected in his music, which is often musically and aesthetically complex. Many of his works are not immediately accessible and may not make ready sense on a first listen. Some may seem like experiments. Others may even sound ugly.

This was, in fact, a point on which Liszt was himself very articulate, discussing it at length in his written texts.

It’s important that anyone beginning to listen to Liszt not be put off by this emphasis on complexity. After all, Liszt also wrote works that were fun, frivolous and immediately accessible. Just listen to the ‘Grand Galop chromatique’ or the ‘Rondo fantastique sur un theme espagnol (‘El contrabandista’)’ from his early virtuosic period for examples of such pieces. He also wrote pieces of striking melodic beauty – Consolations no. 3 in D flat major is a good example. It’s perfectly OK to prefer these more immediately pleasing works to pieces like the late ‘La lugubre gondola’ or the Valses oubliées.

The complexity of Liszt’s works cannot be resolved. There is no sense that his pieces can be finally completed. However, it's their very complexity that can make them so rewarding and allow for such sustained engagement.

With all that being said, here’s 10 pieces that are great starting points for any journey into Liszt’s work.

A List of Liszt’s Works for those Listening to him for the First Time.