The landscape painter Alison Tyldesley commissioned me to write the 'Introduction' to her book Glancing Light, which contains 10 of her artworks alongside new poems inspired by the paintings. The book was published in 2018 by Cupola Gallery in Sheffield, where her work has also been shown. The complete text of my critical 'Introduction' is reproduced below. 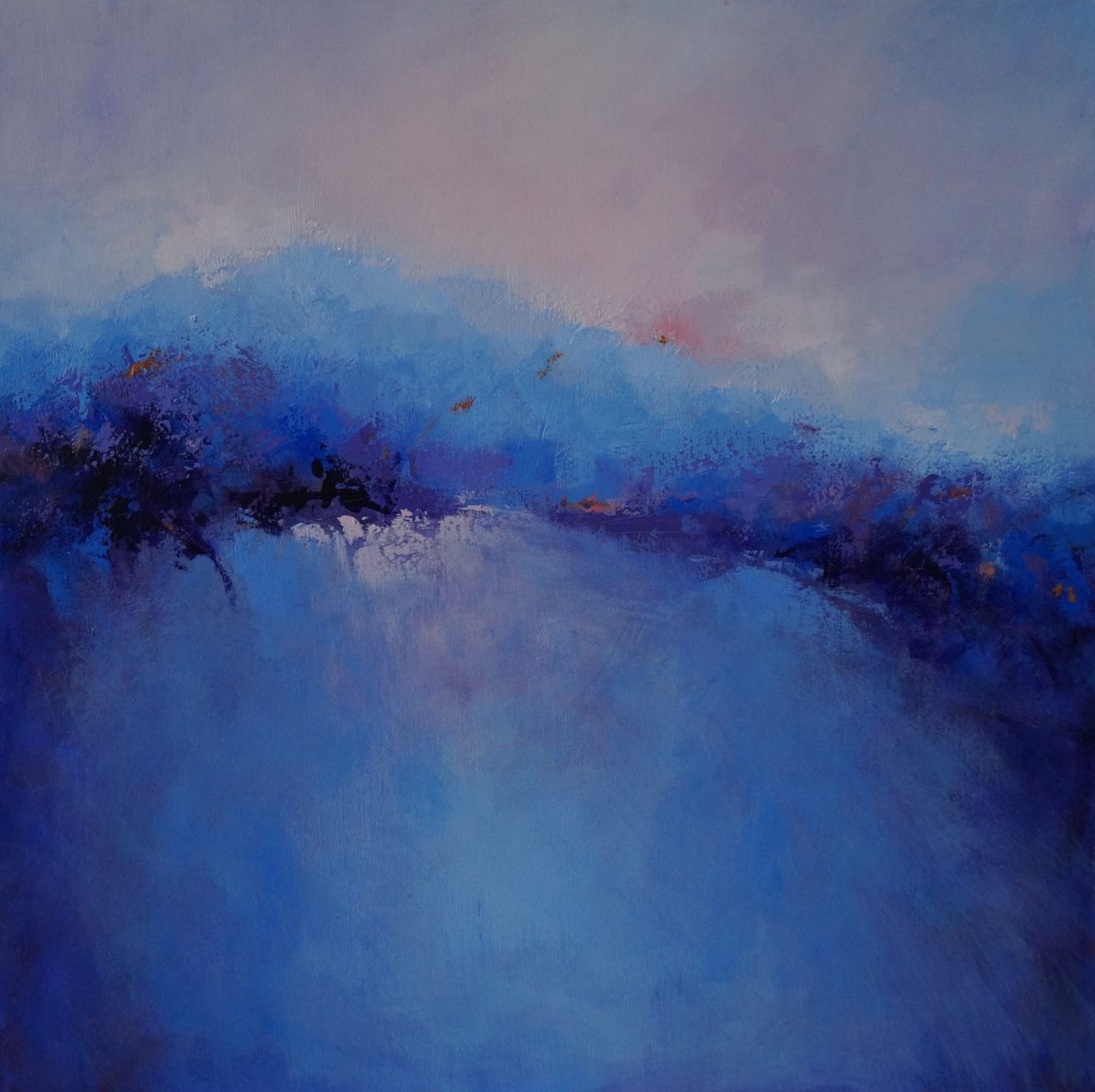 The silhouetted forms of three crows circle against a sky whose spring-like blue is only slightly veiled by high clouds. The black smudges of the birds’ wings are the counterparts of the shadowed shapes of the three trees below, from which they may have just risen. It’s a pleasant day, although the lifting of the crows suggests something more ominous.

This moment is just one of those captured in the work of Sheffield-based landscape artist Alison Tyldesley. Her works have been exhibited around the UK and, more recently, internationally. Now, ten of her paintings are being gathered here in book form.

This publication offers something more than just a simple catalogue of Tyldesley’s most representative works. Instead, each painting is paired with a new poetic work. These texts were commissioned especially for this project and take as their starting point the paintings themselves. This book, therefore, stands as a complex artistic response to the natural world. It takes in multiple art forms and means of engagement with the environment. It also allows us to reflect on the artistic process itself.

The briefest of glances at the history of aesthetics shows that art has traditionally been understood as an attempt to imitate or reproduce the natural world. It was only with the philosophical work of the Romantics and Idealists in Germany around the turn of the nineteenth century that this idea of art as mimesis began to be seriously and effectively taken apart.

Tyldesley has avowed in an interest in the workings and limits of art – specifically painting – as representation. On the one hand, the images presented here seem securely rooted in a sense of place. They are representations not just of landscapes in general but of particular landscapes, specifically those of the Peak District. The very titles of the works point to this. Witness, in this collection, ‘Evening Light Over Higger Tor’ and ‘Glancing Light Summer in the Peaks’, and from amongst her other works, ‘Towards the Blue Peaks’ and ‘Pale Field Towards Longshaw’. This is a landscape for which Tyldesley has great affection, and with which she is extremely familiar as a resident in nearby Sheffield and also, more generally, as a keen walker. Another landscape to be represented – and again signposted in the works’ titles – is that of the Pembrokeshire coast.

And yet, despite all this none of Tyldesley’s works are straightforwardly mimetic. They are not simple representations of specific places. This is true even of those paintings that point to geographically identifiable locations. They are, rather, as much products of the artistic process itself as they are of any attempt to reproduce the world in an exact way. Tyldesley does not produce her final works en plein air. It is true that she works on sketches at locations that interest her. Her studio is littered with books filled with images captured out in the world, amongst nature. However, these quickly-caught sketches merely form the starting points for the works proper, which are created from scratch in her light-filled studio, a space that does not overlook corn fields or moorland but central Sheffield. It is only in the act of painting that the landscape is created. The world that is represented is one that only exists in the art object itself.

The idea that these landscapes are not merely representational but also (and perhaps predominantly) painterly can be seen in their use of colour. Tyldesley is fascinated by the application of colour, not just for its ability to express certain light effects, but also for its emotional impact and, beyond even this, for its own sensuality. Alongside her sketchbooks, her studio is populated by a number of small-scale studies in which she has explored certain colours and shades, the use of paint to capture a moment’s luminescence. These, like the landscape sketches, are then translated into the final works, where the colour is applied in acrylic to canvas. The titles of the paintings themselves again point to the importance of this aspect of their creation. From the ten works in this book I would especially point to ‘Misty Blue Peaks’. This painting might be compared to others of her works not collected here such as ‘The Blue Yonder’ and ‘Mauve and Blue Peak’, with which it forms a kind of sequence. It is in these pieces that Tyldesley tends most towards abstraction. In attempting to represent a certain light or colour effect as accurately as possible her works are, ironically, at their least obviously or directly representational.

The spaces that reveal themselves in the works are seemingly free from the human. There are no equivalents in these cornfields and moorlands of the figures that walk through Monet’s famous ‘Poppy Field at Argenteuil’. This lack of a human presence lends these landscapes their seeming toughness, their wildness, which at times borders on a kind of bleakness (without ever being depressing), but also their expansive sense of space. ‘Evening Light Over Higger Tor’ is an obvious case in point, as too are those pieces in which a more obvious representation gives way to abstraction. Where there is an implication of human settlement or influence, for example in ‘Glancing Light Summer in the Peaks’, the scale of the work shifts and its air softens.

The ten paintings in this book are each paired with a newly-commissioned work by a poet with a connection to Sheffield. These texts take the paintings themselves as their chief reference point. They might, therefore, be read in the first instance as attempts to translate Tyldesley’s representations of the natural world into verse – a strategy described in critical terminology as ekphrasis.

The nature of ekphrasis is complex, and to understand the works presented here in this manner would involve a good deal of critical and philosophical work. Beyond this, however, the poems can be read as commentaries on or responses to the paintings they follow. They offer a ‘reading’ of the artwork, albeit one that is itself presented in a creative form. They are critical-creative. They provide us, the onlooker and reader, with a kind of frame through which to view the image. By highlighting certain aspects or details they guide our vision. More, they offer a reflection on Tyldesley’s own act of creation. This is particularly true in those poems by Paul Carnell, which reference her studio and the process of painting itself.

Just as Tyldesley’s paintings are experiments in colour and form, so too are the poems that accompany them. Inspired by the images, the poets have striven for different forms of expression, different ways of articulating not just the landscape that Tyldesley has already painted, but their own vision. Paul Tyldesley’s poem ‘Misty Blue Peaks’ is a particular case in point. It is, then, important to state that whilst the poems followed the paintings in a strictly chronological sense, they are in no way secondary or subordinate, but are works with an equivalent status.

This book, then, operates on a number of levels simultaneously. It is a showcase of Alison Tyldesley’s paintings and a collection of new landscape poetry. It is also a dialogue between the various artists involved: the different contributors ‘speak’ to each other across the pages of this volume through their works. Finally, this book is a conversation between the art forms themselves and their means of representing the world around us.

For more informtion on Alison Tyldesley's art visit her website.

Hire me to write for you